What is South Asian Heritage Month?

South Asian Heritage Month (SAHM) runs from 18th July to 17th August every year. Last year Headstone Manor & Museum took part in it for the first time, you can view the 2020 online exhibition here.  SAHM “seeks to raise the profile of British South Asian heritage and history in the UK through education, arts, culture and commemoration, with the goal of helping people to better understand the diversity of present-day Britain and improve social cohesion across the country”.

Punitha Perinparaja was born in Sri Lanka, Baddulla. She has a degree in geography, Indian history and Tamil. She first moved to the UK in October 1996. When she arrived in the UK she first lived at Paddington. For a time after that she was in South Harrow and then later moved to North Harrow. When living at South Harrow, Punitha taught music at Sudbury Primary School. In her spare time on the weekends Punitha started the Harrow Tamil School and taught children the violin whilst also joining in with school music competitions.

Whilst being able to play the violin, keyboard and sing, Punitha’s passion for music was further expressed through various music compositions. Throughout her teaching career, Punitha has published four books about music and dance. Her favourite song is ‘Hand that tell a Story’.

“To the diverse communities of children, young people and teachers in schools in Harrow, Punitha has introduced Indian music through traditional Hindustani and Carnatic songs and her own composed songs.” – Sue McCall, Harrow Music Service

Punitha as a Composer 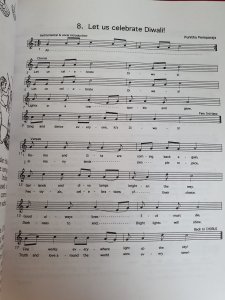 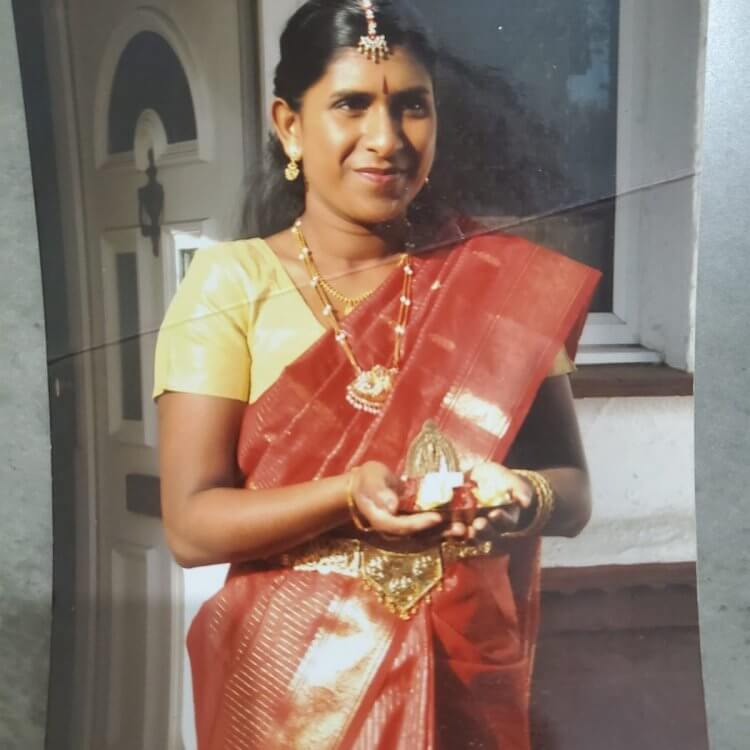 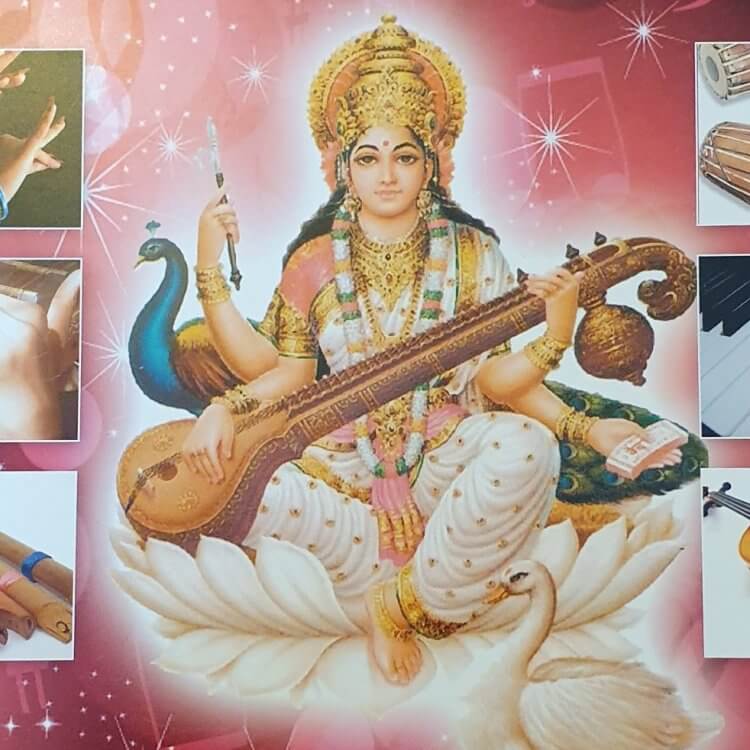 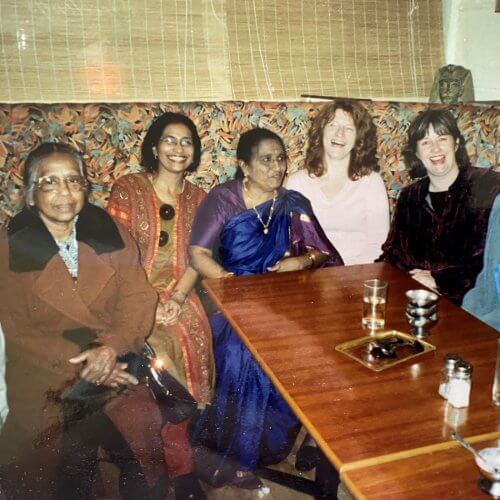 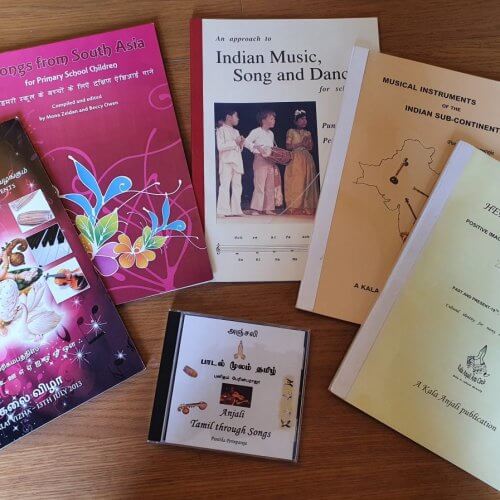 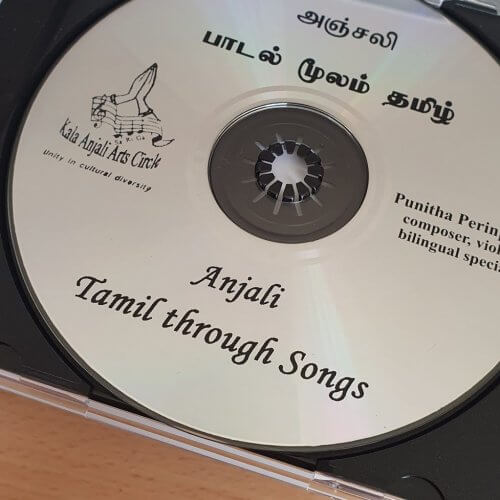 The Ancient Period – Vedic chants were used to retain music throughout the ages. Musical instruments were found in stone and rock in the form of sculptures. Music was used as a medium for spiritual communication.

The Medieval Period – The medieval period in India was rife with conflict between Hindus and Muslims. Regional differences began to emerge and various musical traditions were created. The sitar, tabla and shehnai were musical instruments associated with the ‘Hindustani’ tradition of North India. The veena, mirdangam and nadaswaram were musical instruments of the ‘Karnatic’ tradition in southern India.

Modern Period – Due to the discovery of various sea routes, the modern period saw an increase in foreign intervention in India. Western instruments like the violin were introduced into Indian society, however, this did little to alter the course of Indian music. Instead, western instruments like the violin were readily accepted and used in Indian Classical music. Today it has become an essential aspect to Indian music. Instruments like the guitar, clarinet and electric organ are used in Indian films. The end of British imperialism India brought about three major states: India, Pakistan and Bangladesh.

The influence of Indian music has withstood the test of time and has continued to have a bearing on the direction of British music.

In 1999 Talvin Singh was awarded the Mercury Prize for his debut album ‘OK’ which incorporated tabla sounds in Drum ’n’ Bass beats. The Mercury Prize is awarded to the best album performed by a British or Irish act.

Indian philosophy and instruments were heavily influential on The Beatles. The backing track for the song ‘The Inner Light’ was recorded by Indian musicians and ‘Norwegian Wood’ was recorded using the sitar. During their trips to India the Beatles were able to write many songs which appeared on both the ‘White Album’ and ‘Abbey Road’.

There is a variety of musical instruments to accompany South Asian music. Collectively they can be spilt up into four different categories:

The Mirdangam is a two head drum commonly found in Southern India. Traditionally the instrument was made of hardened clay, however, it is now crafted using wood from the jackfruit tree. The ends of the angled barrel are covered by goat skin leather. It is the instrument of choice for Ganesha, the remover of obstacles and patron of intellectuals, bankers and authors 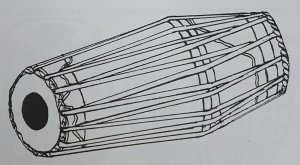 The jal tarang is a percussion instrument consisting of metal bowls filled with water. The bowls are played by striking them with beaters in each hand. Today porcelain bowls are used instead.

The veena is a stringed instrument originating from India and is one of the oldest string Indian instruments. The instrument was named after the Hindu Goddess of learning, Saraswathi and she is often shown holding or playing the instrument. Veena – Traditionally used in Karnatic Music.

The bansuri is a type of flute that is associated with Lord Krishna, the God of love and has often been symbolised as the heart. The bansuri is made of bamboo and has six to seven holes. 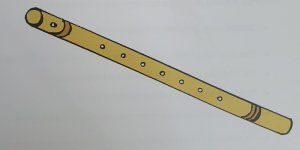 In Harrow today, there is plenty going on for South Asian Music across the borough. Here are a few of them:

An independent Indian dance and music organisation run by Nina Rajarani MBE. They provide traditional training in classical Bharatanatyam and Karnatic Music and has been established at the Harrow Arts Centre since 1999. You can find out more about them here 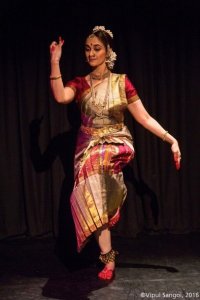 “Harrow Tamil School (HTSA) has been teaching Tamil language and Fine Arts to Tamil children since 1987. HTSA is unquestionably one of the most sought-after Tamil Schools in London with well over 350 students. HTSA is based at Whitmore High school and provides classes in Tamil language, Bharata Natyam, Flute, Keyboard, Miruthangam, Veena, Violin and Vocal. Classes are run every Saturday from 12:30pm to 4.30pm and are taught by reputable, experienced and high calibre teachers”

To find out more about HTSA, visit their website here

Do you have a story about South Asian Music to share with us? If so, please write to us via collections@headstonemanor.org – we would love to hear from you!

We would like to take this opportunity to thank the following people for their support:

Punitha Perinparaja for her inspiration. Punitha is founder of Kala Anjali Arts.

Ramesh Perinparaja for support us and his mother on this exhibition

Kiran Horwood, Collections Volunteer, who co-wrote and researched for this exhibition and has shown immense passion and dedication throughout

To all the organisers of SAHM for allowing us to put this exhibition on and be part of the amazing annual programme.