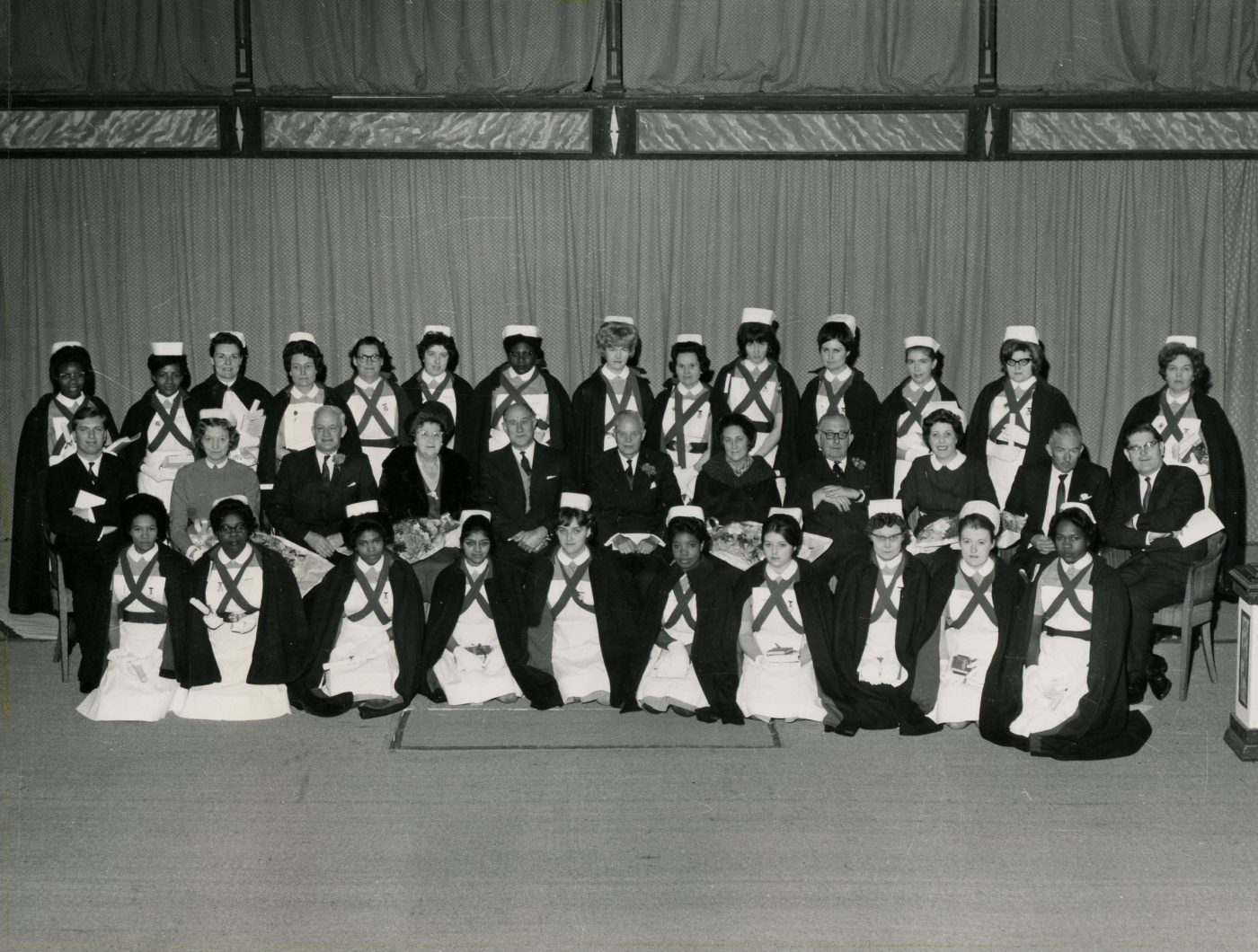 If you visited the exhibition about Harrow Cottage Hospital you will have noticed the old, rather dogeared ledger with the title Nurses Register as you entered. Inside is an incredible legacy from the 1940s and 1950s detailing both nursing and social history.

This book contains details of the nursing students who studied at the Cottage Hospital and, together with another volume, cover both decades. The ledgers give personal details of the students as they entered the nursing school and their progress through their training. It lists the subjects they were taught and their marks in exams with, often blunt, comments about their performance!

Student nurses would have been expected to work shifts alongside qualified staff with short periods in the classroom. When the Cottage Hospital joined the Charing Cross Group of hospitals in the 1950s students were released from nursing duties to study in blocks. This change is reflected in the way the students’ progress was recorded with less details about their performance after the change.

They studied a range of topics including anatomy and physiology, hygiene, first aid, invalid cookery and theory and practice of nursing. More in depth study of medical topics e.g., infectious diseases followed later in the training. Perhaps surprisingly from June 1952 until the end of 1954 they were taught psychology, a very forward-looking idea at the time.

The ledgers are particularly interesting in that they reflect some of the social changes during these decades. Nurses and students were expected to remain single until the late 1940s when the marriage bar was lifted. However, there is a record of a student Amy Eileen Williams being allowed special leave to get married and the return to her students.

There are no records of male nurses training but after the formation of the NHS ethnic diversity of the students increased. The first student nurse from Jamaica started her training in 1952 and the first Indian student joined the hospital in 1954. This is a brief overview of the registers which merit a more detailed study by anyone interested in the history of nursing.