The Voluntary Aid Detachment in Pinner 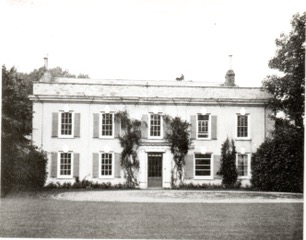 The Voluntary Aid Detachment (VAD) came into existence in 1908 by the War Office, to coordinate volunteers in order to increase support to the nursing services. It was realised that the magnitude of casualties would be at such a scale that there was a need to relieve trained nurses of duties of non-nursing nature in order to manage essential care. Thus, VAD personnel, both men and women, were used as cooks, orderlies, drivers and other assistants, who were necessary to care for the wounded. Men were mainly employed as stretcher bearers and drivers, amongst other duties.

Prior to the introduction of the VAD under the auspices of the Red Cross and St Johns of Jerusalem, formerly the Knights Hospitalisers, care of the wounded had been an ad hoc arrangement – camp followers performed these duties in the Napoleonic Wars. In the Crimean War Florence Nightingale established the need for trained nurses. The Boer Wars highlighted the issues that volunteers came essentially from the monied classes, who funded themselves. VAD volunteers were rapidly involved in nursing care, initially to the resentment of trained nurses. Volunteers however were not paid.

Regrettably when VAD units were stood down after the cessation of the War, no concerted efforts were made to centralise records. Some 350 or so VAD hospitals were set up. These were accommodated in properties made available by the owners and were of considerable size.

Pinner Place was made available by Alfred Marshall as a hospital for non-commissioned officers and privates, but no records have been found relating to where they were accommodated. Each unit was staffed by a Superintendent, a Medical Officer, though in Pinner, more than one local medical practitioner was involved. A Quartermaster and a pharmacist were also employed and quite often these were paid posts.

VAD recorded details of the posting of staff. These record cards are available online on the Red Cross website1. Many records, including personal diaries, also exist both in the archives of the Red Cross and the Order of St John.

Some 20 or so soldiers at Pinner Place can be identified from the daybook of Hall’s, the Pharmacist in Pinner High Street. These were detailed prescriptions filed by him, available in the archives of the Apothecary’s Society in London. They were donated to the Society of Apothecary by the Pinner Local History Society