Harrow is the Place for Me: Documenting Windrush Stories in the Borough

Welcome to our Digital Exhibition on Windrush in Harrow

Headstone Manor & Museum have collaborated with Harrow African Caribbean Association to co-curate this digital exhibition featuring oral histories from individuals in the local community. The exhibition aims to share the history of the Windrush generation moving to Britain and to Harrow and highlights stories around work life, home life and social life from 1948 until the present day.

Why did the Windrush generation come to Britain?

Between 1948 and 1970 it is believed nearly half a million people, moved to Britain due to its severe labour shortages following the Second World War. This number could be much larger as there are no longer any documents of these people arriving in the country, which has caused a number of problems since. There were many misconceptions by UK citizens that it was poor people coming from these countries but this was false, most of those who arrived were job-seekers, but many were also coming to finish learning their trades and complete their education. It was too expensive of a trip for the very poor to take the chance.

There was also a recruitment drive conducted by the British Government, amongst those who had travelled, many had served with the Allied Forces in the war, some wished to re-join the armed services.

What countries did the Windrush generation travel to the UK from?

Many of these people came from places such as the Caribbean, Kenya, South Africa, India and Pakistan. Jamaica was the most popular country of origin. On the first voyage of HMT Empire Windrush alone, 802 passengers said they were from the Caribbean, with 539 people listing their country of origin as Jamaica, followed by 139 from Bermuda, 119 from England, 73 from Trinidad, and 44 from British Guiana. There were also 66 Polish refugees on the ship, who had been granted British citizenship following the War, they had boarded in Mexico.

How did people travel to the UK?

Many arrived by boat from their home countries, with some ships being sent specifically to bring them to the UK. One such ship was the HMT Empire Windrush, which brought one of the first large groups of post-war West Indian immigrants. It carried 1027 passengers and 2 stowaways on its voyage from Jamaica to the UK in 1948. This is the ship that defined the generation as that of the ‘Windrush Generation’. The Windrush had its last voyage in 1954.

Windrush Stories from Harrow - A Film

Many arrived by boat from their home countries, with some ships being sent specifically to bring them to the UK. One such ship was the HMT Empire Windrush, which brought one of the first large groups of post-war West Indian immigrants. It carried 1027 passengers and 2 stowaways on its voyage from Jamaica to the UK in 1948. This is the ship that defined the generation as that of the ‘Windrush Generation’. The Windrush had its last voyage in 1954. 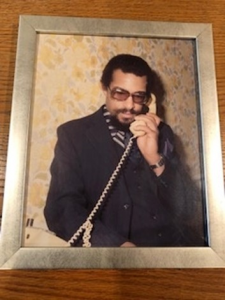 At the age of 21, Errol Turner came to the UK to find work. On arrival, Errol found the atmosphere pleasant and the people he encountered treated him adequately. Errol had to work through difficult conditions such as heavy snow and black smog. Errol easily acclimatised to life in the UK, but had to deal with the stigma and racism from the Teddy Boys gang. He wants the future Windrush generations to live their lives the best they can. Errol believes that the Windrush generation in Harrow will benefit from learning from those who have dealt with the trials and tribulations of the previous Windrush generation. 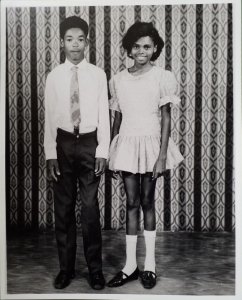 Anderson “Andy” Cadogan was born in 1957 in St James, Barbados. He arrived into the UK as a young teen at the age of 14, along with his younger sister. His parents, sisters and brothers and extended family was there to meet him back in the UK. When Andy arrived to the UK via his plane journey, he remembers it being dramatically colder than Barbados and noticed the semi-detached houses and smoke coming from the Chimney. He came straight to Wealdstone, to the house where his mother still lives today. After school he worked for a wholesale Chemist. Andy remembers how there were hardly any Black people living around him, except those he already knew. In 1982 he went back to Barbados for the first time since he left, with his Uncle ready to greet him with open arms. 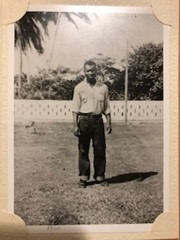 Preston Wooding was born in Barbados in 1937. He arrived in the UK by airplane when he was 24 years old. When he arrived he was not alone, he had a good friend who lived in the UK and his girlfriend at the time, who later became his wife, also came with him. The British Government did provide immediate accommodation, however, the conditions were tough as he had to share a room with five other people, there was no heating or hot water, and he was moved around frequently. Wooding worked at Harrow Bus garage on the 140 bus for 26 years. In 1972 he was able to buy his own house on Byron Road, and in 1976 he returned to Barbados for the first time with his family.

Artefacts from the Windrush Generation Co-Curated with Trisha Turner 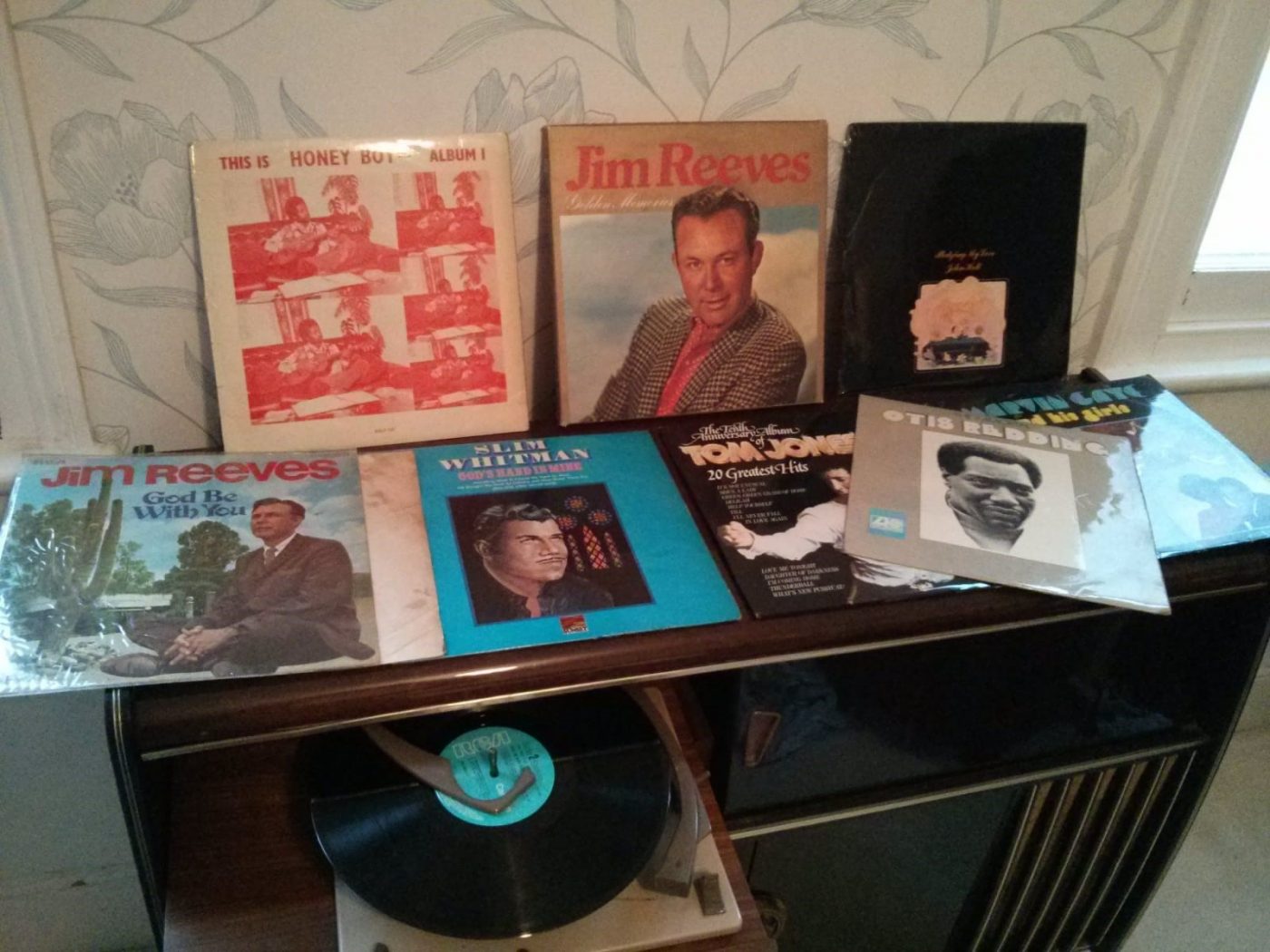 Racial Impact in Britain - Has it Changed Today?

Upon first arriving in Britain, many Caribbean immigrants were met with hostility. The majority of the time this hostility took the form of verbal abuse and physical abuse. Arguably, the most common form of hostility was the physical expressions of disgust. To this day, individuals are dealing with racial abuse. We still hear about cases of verbal and physical abuse, however, the rise of social media has allowed individuals to use their platforms to tackle racial attitudes and stereotypes.

Memories of the Windrush Era as a Child: By Cllr. Dr Lesline Lewinson 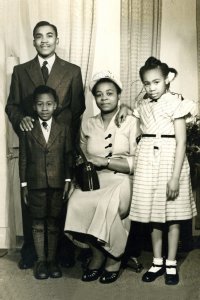 “At age eight I arrived from Jamaica with my brother on a B.O.A.C flight (now British Airways) to join our parents in England in the 50s. We heard about the cold weather, snow, and fog in the winter, also that coal fires were lit in homes to keep them warm and wondered why the houses did not burn down!”

Attitudes Towards Windrush Over Time

In 2012, when London hosted the summer Olympics, a model of the MV Empire Windrush featured in the opening ceremony. However it was not until 2018 that the Windrush Day was officially commemorated on 22nd June. The lead-up to this event was marked with exhibitions, church services and cultural events.

In 2019 the National Theatre put on a production of Andrea Levy’s ‘Small Island’, a story about first-generation Jamaican immigrants. Then, in June 2020 the BBC broadcast a feature-length drama inspired by the Windrush Scandal. Since 2018, events have been held annually to commemorate the Windrush’s arrival and the subsequent wave of immigration.

The Windrush scandal refers to the experiences of Commonwealth citizens that were wrongfully deported, detained and denied their legal rights. Many of these individuals were granted indefinite leave to remain in 1971, but they were given no documentation to prove their status. This lack of documentation led to the government using immigration policies to remove many individuals from Britain.

The illegal displacement of individuals from the Windrush generation caused huge upheaval in their lives. This has resulted in the government awarding compensation to those affected by the detainment and/or deportation. As of the 27th May 2021, a total of £30m has been offered as compensation to the victims of the Windrush scandal. 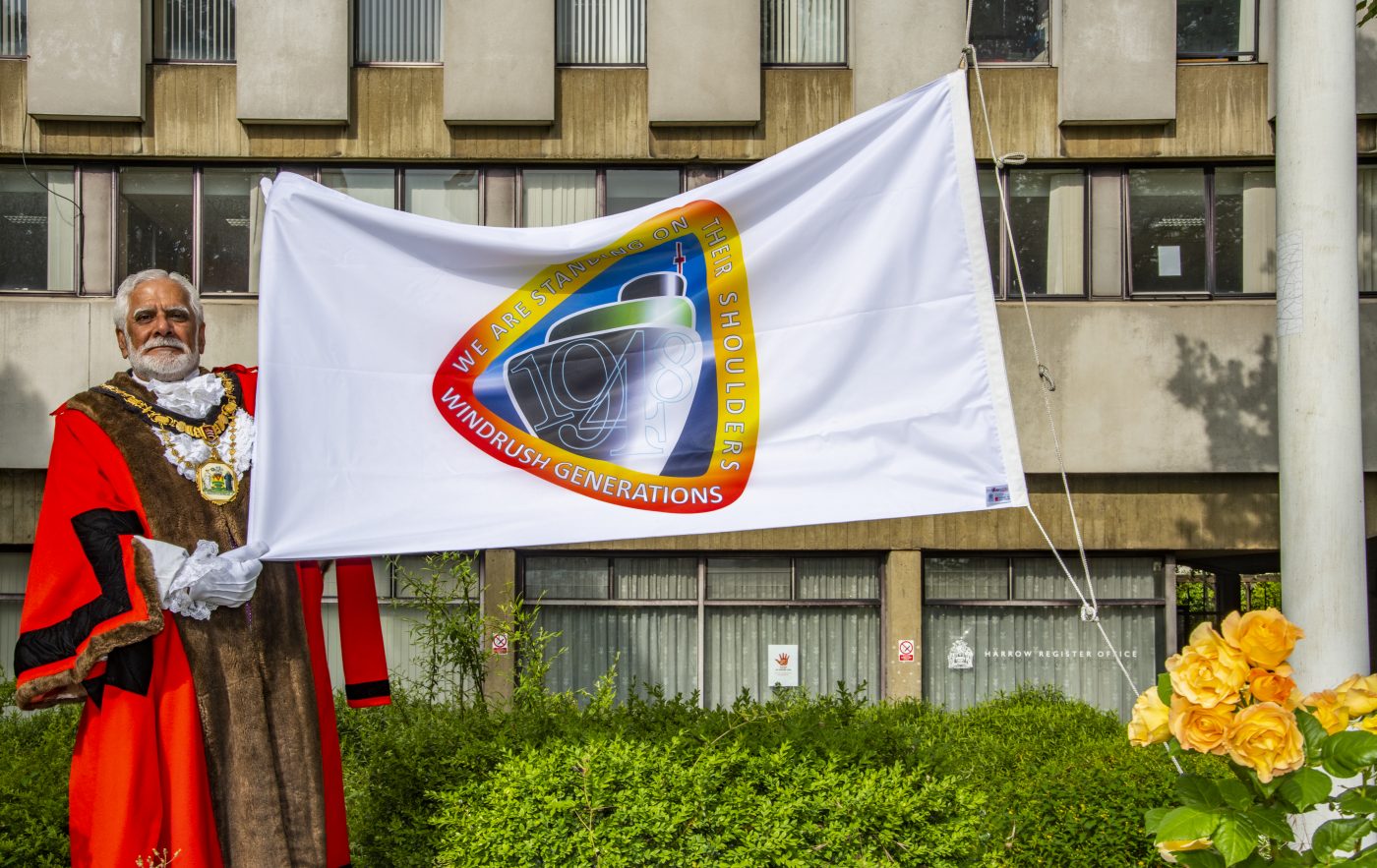 As well as broadening British culture, the Windrush generation has also allowed Britons to celebrate the actions of immigrants that helped heal Britain after the damage suffered from the Second World War. In a time with labour shortages, the work of immigrants was crucial to enable Britain to start functioning again. Individuals also contributed towards establishment of a fledgling NHS

There are plans to erect a monument in honour of the Windrush Generation. In July 2021, a series of proposals for the £1m monument were unveiled, with one of the four entries, which include bronze statues of families standing on their suitcases and stilt-walking figures, is expected to be unveiled at Waterloo station in 2022.

The monument was first announced in 2019 as part of the government’s attempts to atone for the Windrush Scandal. The government also set up an online public consultation calling for opinions on the state-funded scheme. 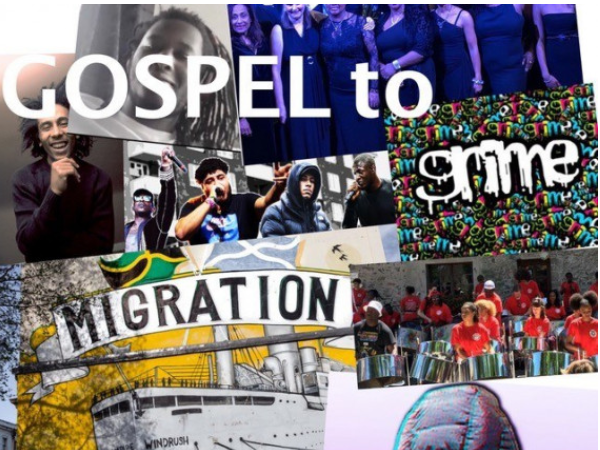 As part of the Windrush 2021 Project in Harrow, Harrow Music Service curated a concert with community musical groups and individuals that celebrates the music and legacy of the Windrush generation. This was funded by Near Neighbours. To view the concert for free, visit: Gospel to Grime Concert | Harrow (harrowarts.com)

Headstone Manor & Museum would like the thank the following people who have supported this digital exhibition:

The Windrush Consortium in Harrow

Thank You for Visiting Our Digital Exhibition!